PRODUCT FOR SALE ABOUT 1.6 KG

The Seasoned Cheek Lard of F.lli Costantini is a product that can be savored in different ways: natural, thinly sliced and into small pieces… But its true vocation is to end up in sauces, especially in “Amatriciana” or “Carbonara”.

The processing of the Cheek Lard is composed by four phases:
– Salting: sprinkle the meats with a mixture of salt and spices, according to the traditional recipe;
– Cold rest: allows the salt and flavors to be distributed evenly;
– Massage and drying in special rooms;
– Seasoning, which lasts no less than 2-3 months.

Produced with fresh bacon trimmed in the classic triangular shape, aged for at least 3 months, covered with ground pepper. The weight could be from 1.5 kg to 2 kg.

There are no reviews yet.

Be the first to review “Seasoned Cheek lard” Cancel reply 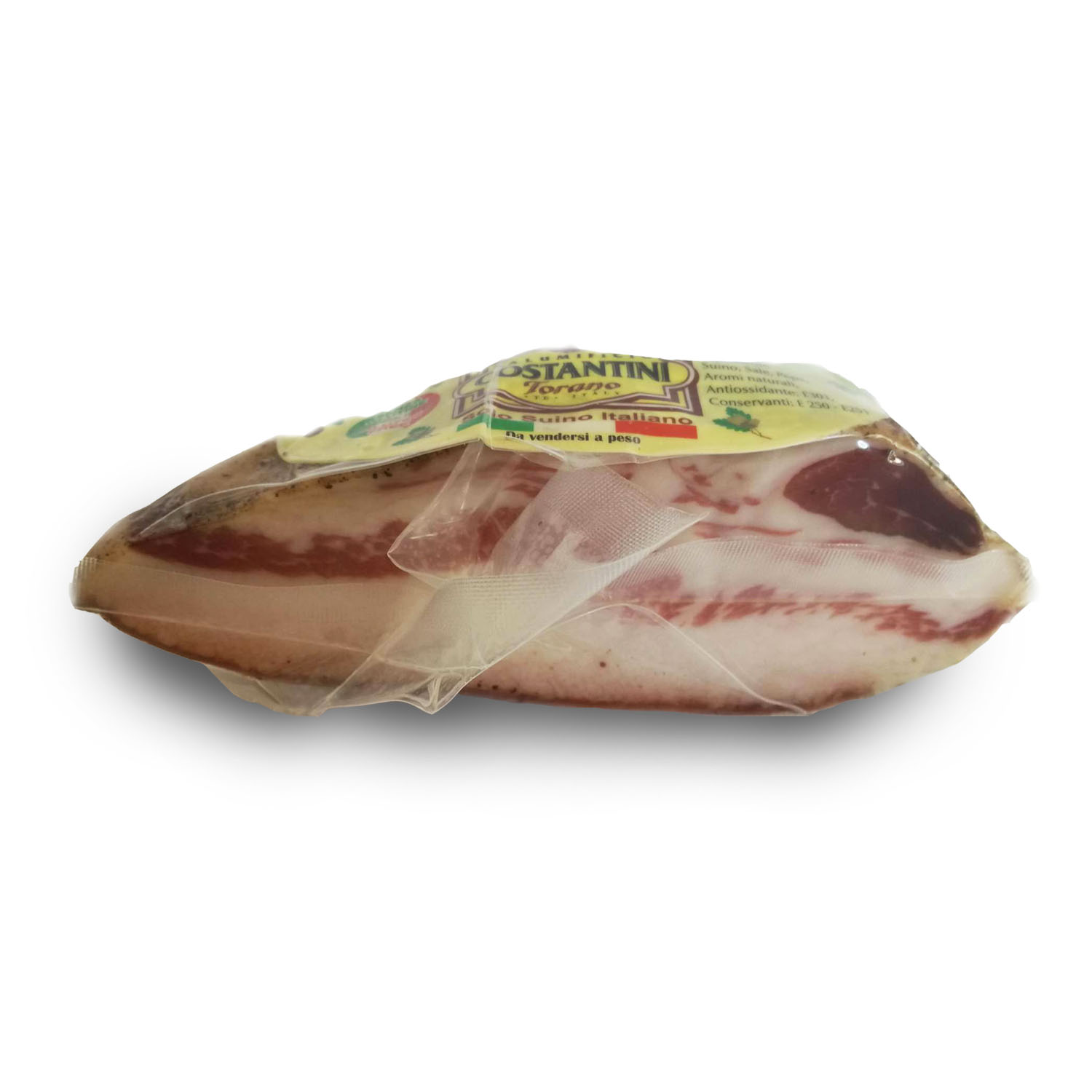 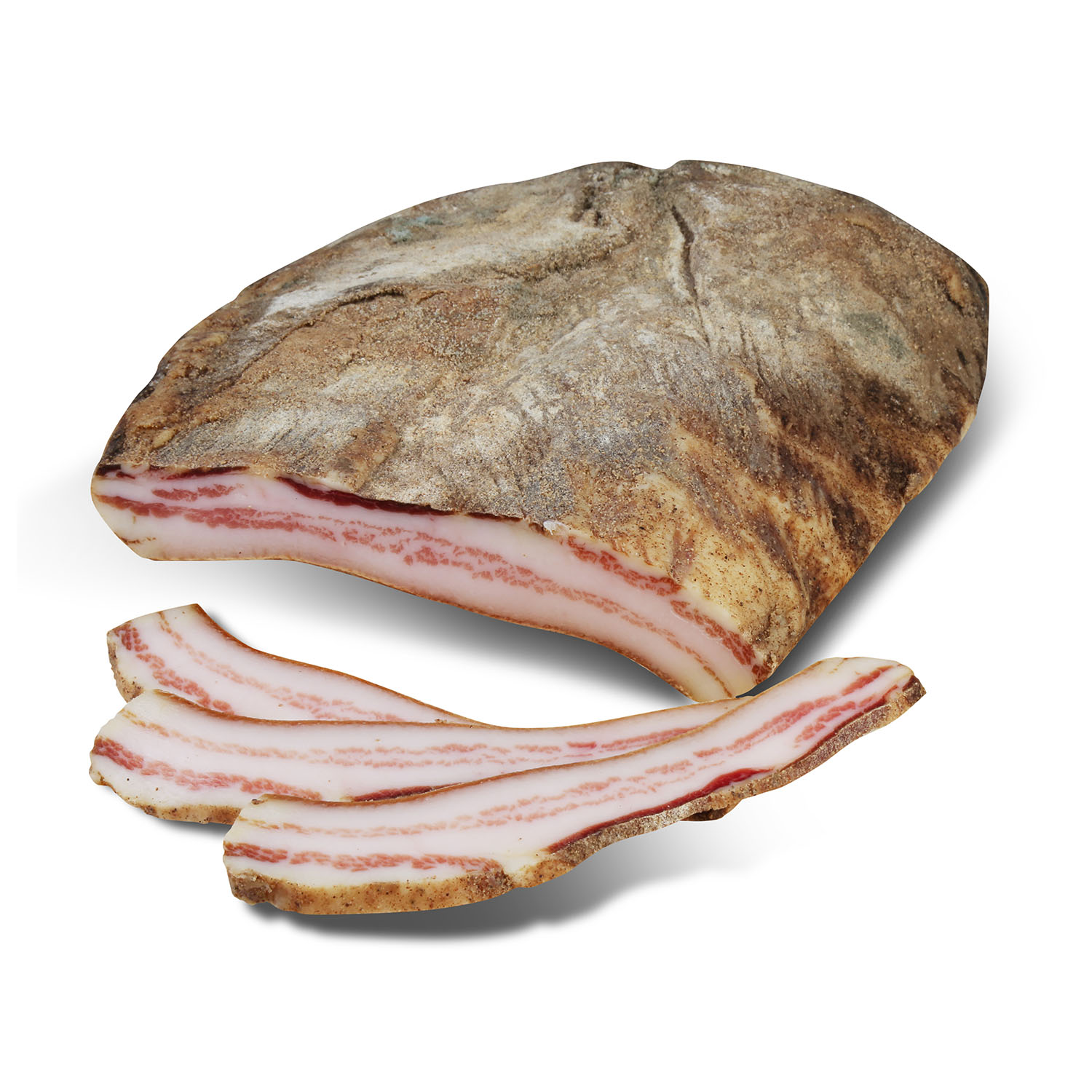